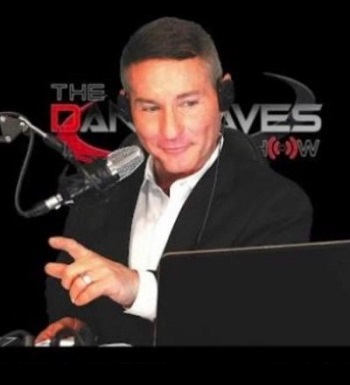 Dan Reaves was born in and raised in Milan, West Tennessee and has lived in the local area all his life. Dan started his career in Broadcast Media in 2000 following a successful career in the Medical field.

Dan is a huge sports enthusiast, which lead him to the media broadcast industry by starting a weekly Saturday Sports Talk show in WBHQ radio in Memphis. This eventually lead Dan to WNWS 101.5 Jackson and into News Talk radio. Dan has now had a successful career in Radio & Television for 22 years and counting.

Unlike any other radio hosts, Dan entered into sales and marketing in addition to being on air 3 – 6 hours per day and went on to lead the company in sales. Dan has a passion for helping local businesses and he has a track record and stellar reputation for creating huge results for his clients. Dan has helped hundreds of businesses over the years, from small start-up’s to large corporations.

As a founding partner along with his wife, Dan’s vision to expand the Talk Radio audience by taking by building on a Television Broadcast network, combining Radio, TV, Apps and Digital streaming networks shows innovation and a willingness to grow within a fast-paced, ever changing world of marketing and entertainment.

Dan knows the West Tennessee Market and the Broadcast Media business off the back of his hand and his clients know how hard he goes to work for them to get them results. The results and client testimonials speak for themselves.

If you want winning results and more new business than you can handle, Dan Reaves is the best in the business! Dan has limited space for new clients, therefore don’t hesitate if you want to be one of the lucky ones and get yourself a consultation with Dan now.